- Scratch Books / Consulate General of the Netherlands in Canada 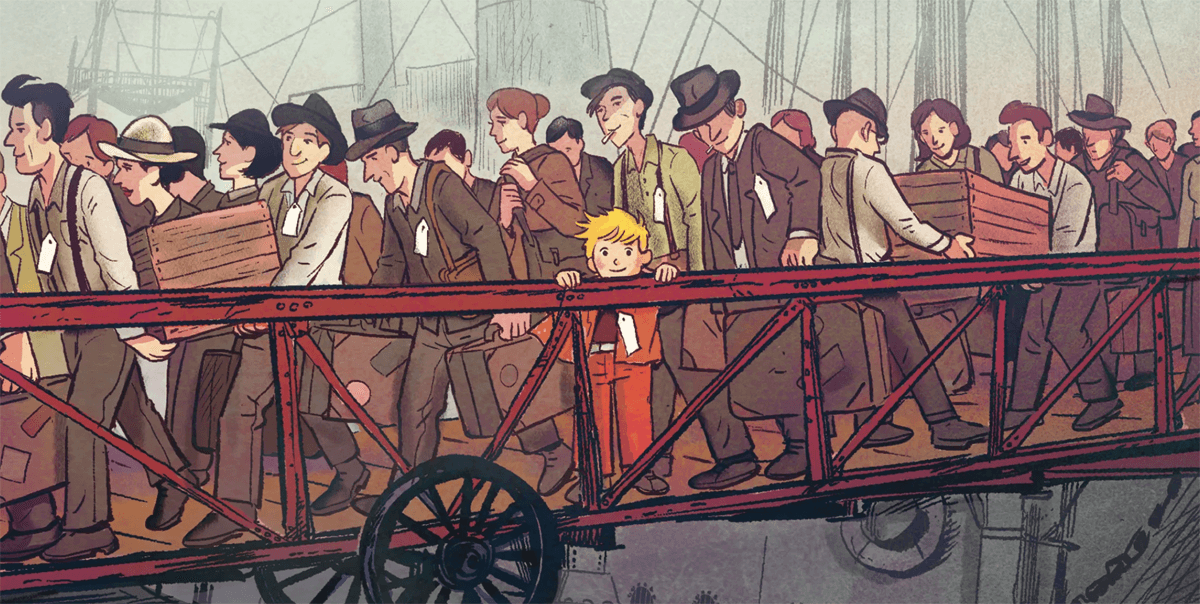 In the Spring of 2019, Aimée de Jongh met up with Jorn Leeksma, Deputy Consul General of the Netherlands in Toronto, Canada, and a big fan of comics. They discussed the possibility of a project to celebrate the good ties between the two nations, with the upcoming 75th anniversary of the liberation of the Netherlands by the Canadian forces after the second world war as a special occasion.

The original idea was for 10 Dutch illustrators to travel to Canada, to personally interview and draw up the stories of the older generation Dutch immigrants who came over to Canada some 75 years ago. I was really happy and honored to be invited to join this crew, consisting of initiator Aimée de Jongh and fellow organizer Erik de Graaf, Floor de Goede, Hanco Kolk, Erik Kriek, Jordi Peters, Emma Ringelding, Anne Stalinski, and Paul Teng.

However, while we were making preparations for the trip, the pandemic hit and we were forced to pivot to a remote solution. The 75th anniversary also came and went, and with it changed the target audience of our stories. Rather than focusing on exclusively veterans and other immigrants who came over after the war, we found a diverse group of immigrants young and old, all with different backgrounds and circumstances, and paired them with our 10 equally unique illustrators.

The result is a book that displays the variety and richness of the stories behind these people's life-changing decision to move to a different country. It is also a showcase of the different ways of telling those stories with pictures, with 10 different illustrators each sharing their unique style and approach. 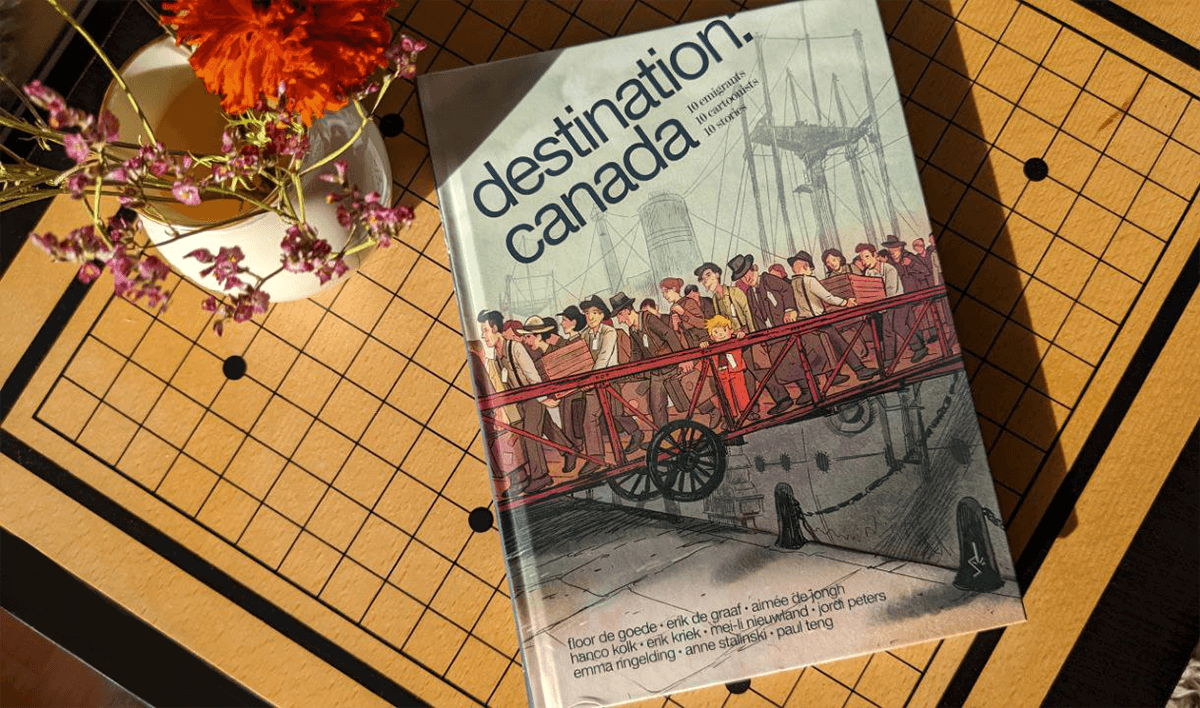 "This Is My Home"

My story was about Tayebeh Farooqi-Wahedi, a woman about the same age as myself, who arrived in the Netherlands as an Afghan refugee and eventually found her way to Canada. I used a limited color palette to create a consistent feeling of reflection and memory, while moving through these three very different locations.

Scenes from Herat, Afghanistan, Luttelgeest, The Netherlands, and Toronto, Canada. 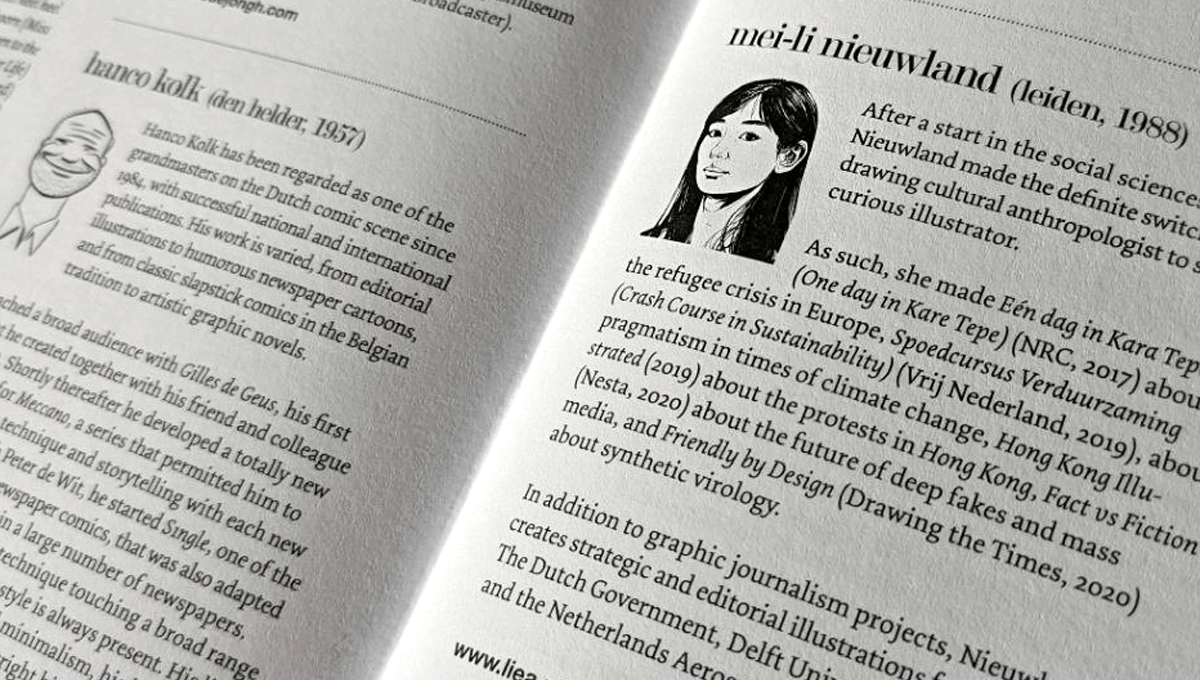 The book came out in Dutch and English with Scratch Books in April 2022, and was followed by a book tour in Rotterdam, Amsterdam, and Haarlem. The event in Haarlem included a Q&A with some of the authors (myself included), going into the making-of and answering questions from the audience. Thanks to everyone who came out!

You can currently order the book via Scratch, or in most comics book stores in the Netherlands.

A big big thanks goes out to Aimée de Jongh and Erik de Graaf for the initiative and organisation, seeing the project through despite all the challenges, and turning it into such a beautiful book, to Annemiek Biersma for conducting the interviews and making this project possible remotely, to all the Dutch-Canadians who entrusted their stories to us, to the Dutch consulate in Toronto, and of course Scratch!