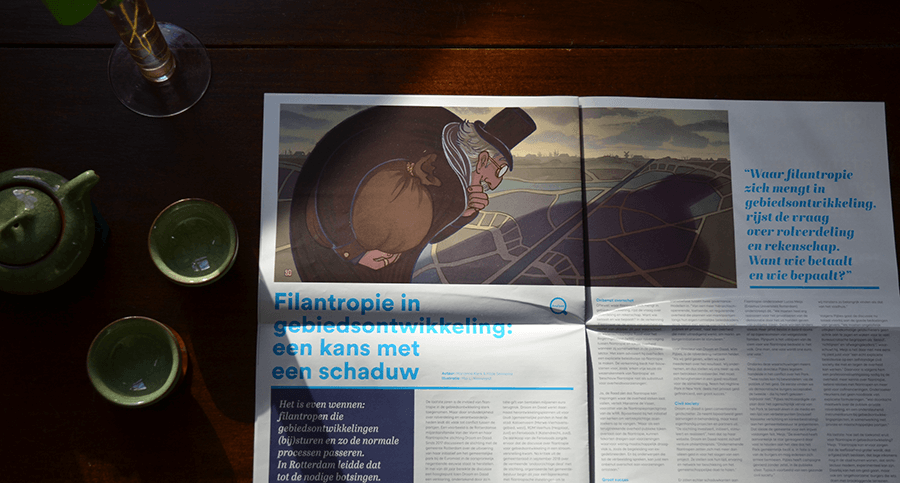 Since 2019 I've made several editorial banner illustrations for Gebiedsontwikkeling.nu, a Dutch language platform by the Faculty of Architecture and the Built Environment at TU Delft, aiming to stimulate conversation about urban area development.

The banner illustrations appeared with the articles on the website, and also in a bi-annual paper publication.

We've got the data and see the potential for using it to build better, smarter, and more sustainable buildings and cities. So what are we waiting for? 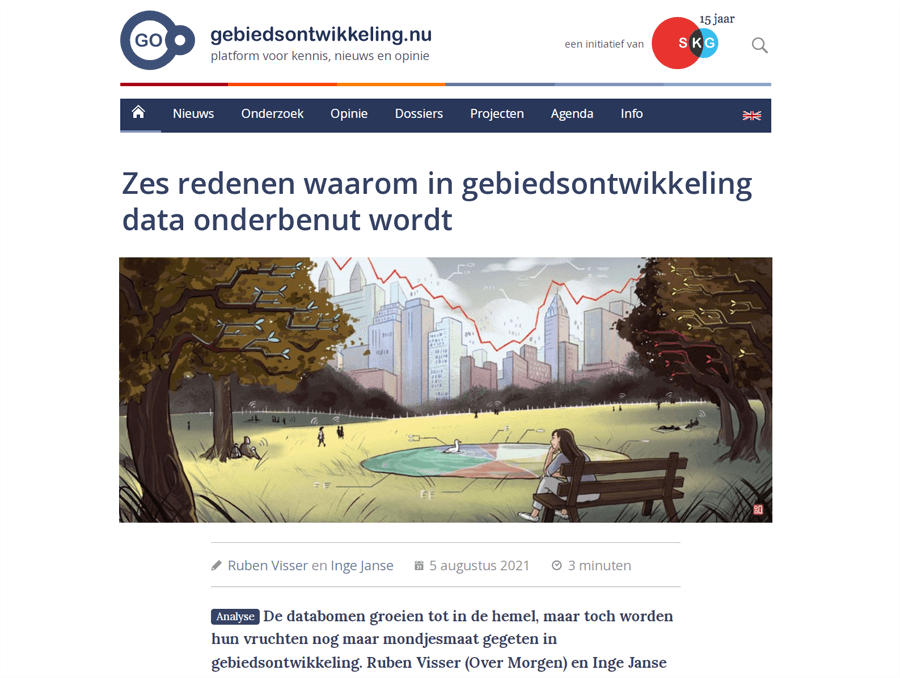 On the role of imagination in the research and design phases of urban area development. With cases from OMA and MRVDV. 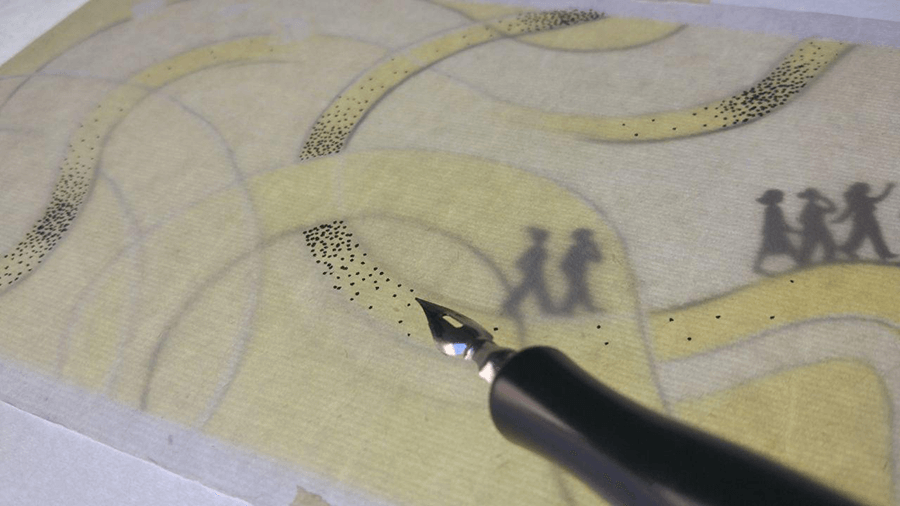 Philanthropy in urban area development comes with tricky manoeuvering about who pays and who decides. Also appeared in the paper version and was featured on the cover. 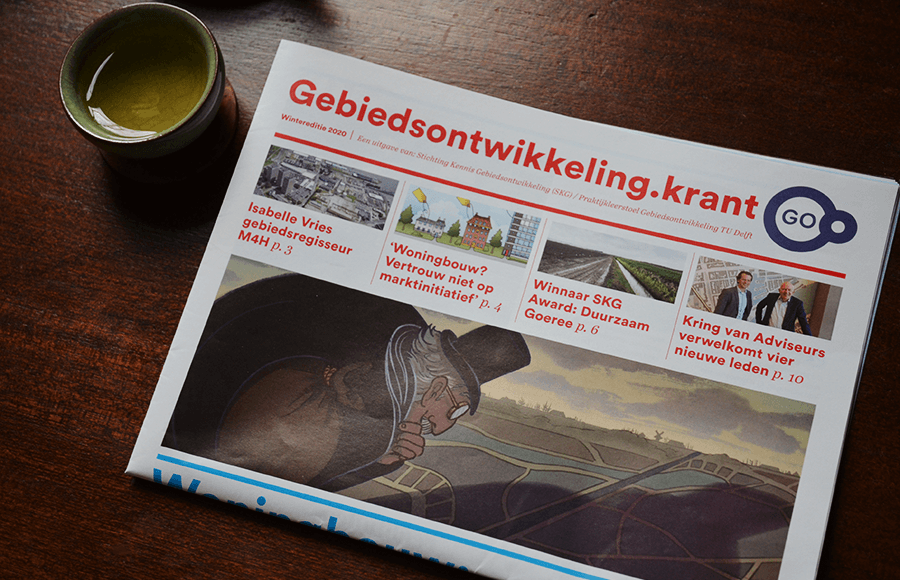 Involving citizens and other local parties in the urban area development process. 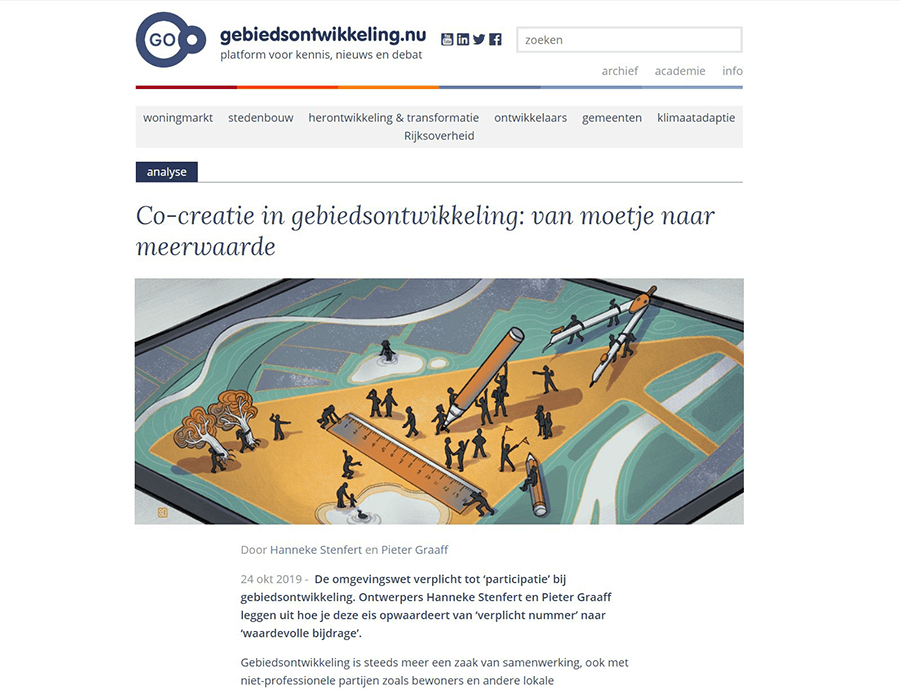